The other listed site in Carcassonne

One thing you can do in Carcassonne, is visit two UNESCO World Heritage sites during your holiday.
Unique! After exploring the Cité and the ramparts, set off for the Canal du Midi, which can be reached by walking through the Bastide Saint-Louis. More than just a walk, it's a step into the Middle Ages, when the Sun King, Louis XIV, reigned.

The canal, which links Toulouse and Sète, winds through the vineyards to Carcassonne town centre. The port is located opposite the station and the square André-Chenier.

Savouring the tranquillity of this unique waterway, is to allow yourself to be soothed by the sun shining playfully through the leaves of the plane trees, or to relive the sensations of the thousands of sailors since Riquet, but it's also to appreciate the picture-perfect landscapes which surround you.

Floating along on the water, you can leave all the stress, emails and queues behind you to really enjoy this 'slow' mode of travelling.

Whether you take a bike ride, along the old towpaths, or you sail like a captain in a hired boat, or you go for a guided walk, it is a time of peace for everyone, where either nature's beauty or the tranquillity is the star.

At each port and each lock there is also a chance to moor up and discover the surrounding area and the picturesque villages in Greater Carcassonne.

From lock to lock

A trip along the canal, in a boat or on bike, would not be complete without watching a boat pass through one of the seventeen locks in Greater Carcassonne. Stop a moment to see how the water is transferred from one side of the other, raising the barge, and allowing it to pass through. 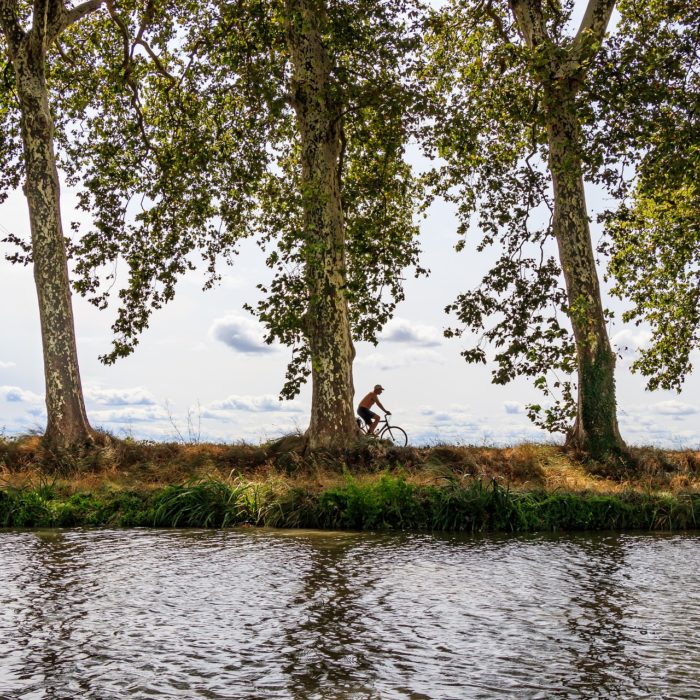 The canal by bike

What better way to discover the Canal du Midi and the numerous sites nearby, than… 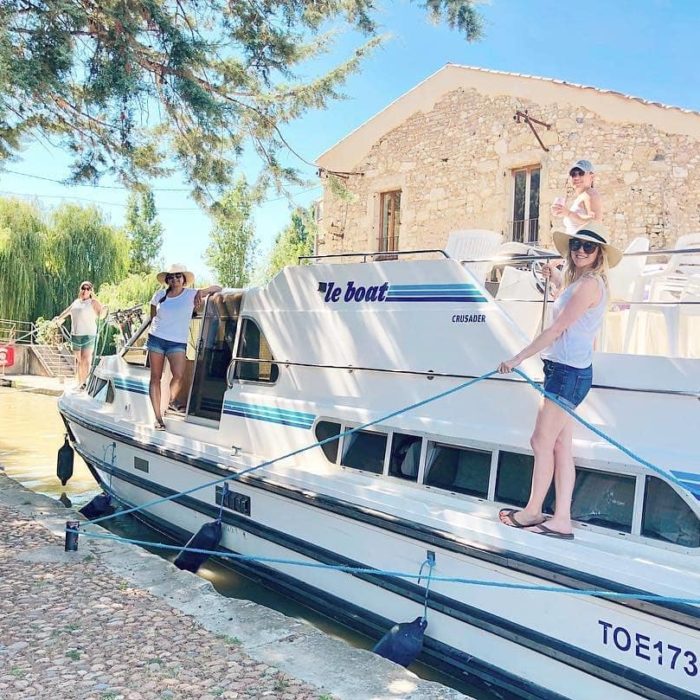 Hiring a canal boat is to take on the challenge of an unusual holiday, as…

5 THINGS TO REMEMBER ABOUT THE CANAL

A short history: Between Carcassonne and the Canal, a tormented love affair
The original plan for the Canal went around the town of Carcassonne. This choice was made by Riquet himself, for technical reasons. Negotiations began in 1670 with Carcassonne town councillors, but these were unsuccessful as to bring the canal into the town would require a further excavation of 2 kilometres. Riquet, therefore, asked Carcassonne for 100,000 pounds for this extra work. Carcassonne rejected this, so the canal would have to be located 2 km from the town. An historical, but above all economic, error.
Very happily, technical problems arose with the crossing of the river Fresquel so the Canal route had to be redrawn. Works began in 1787 and were completed in 1810 with the Canal, finally flowing through the centre of Carcassonne. 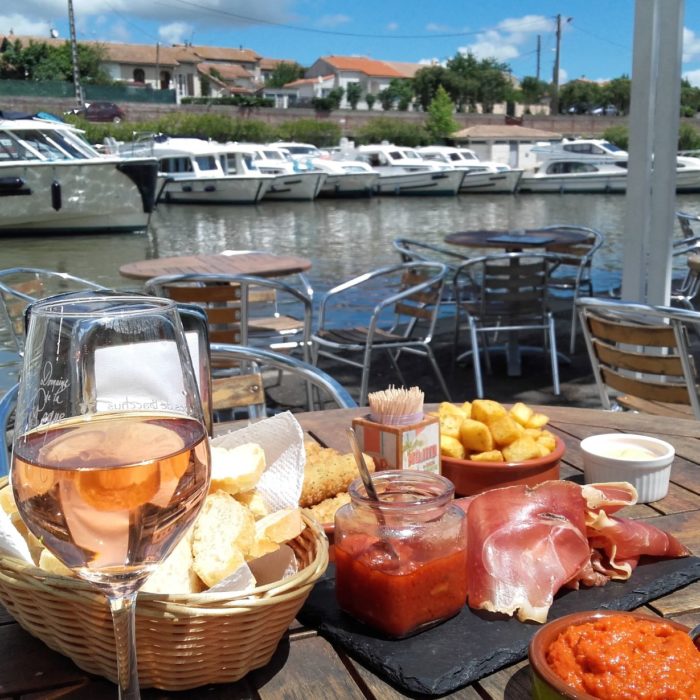 Restaurants along the canal

Sleep nearby the canal du midi 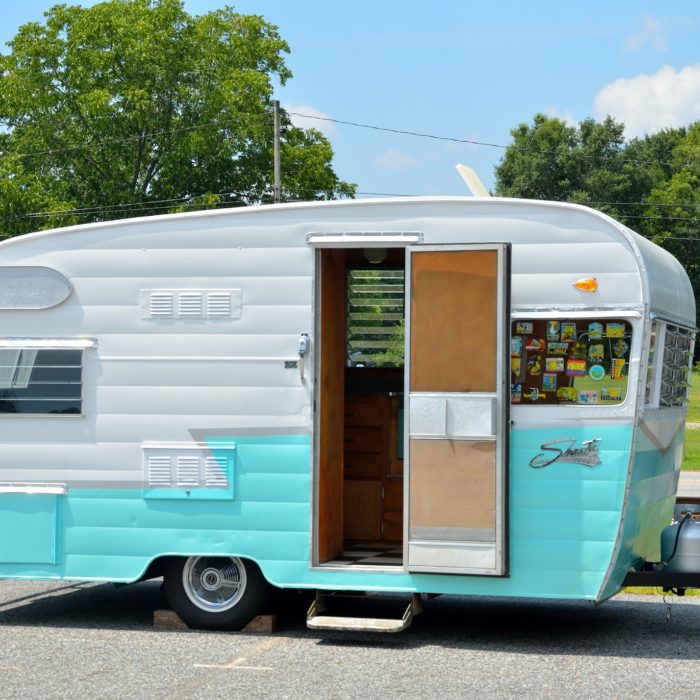 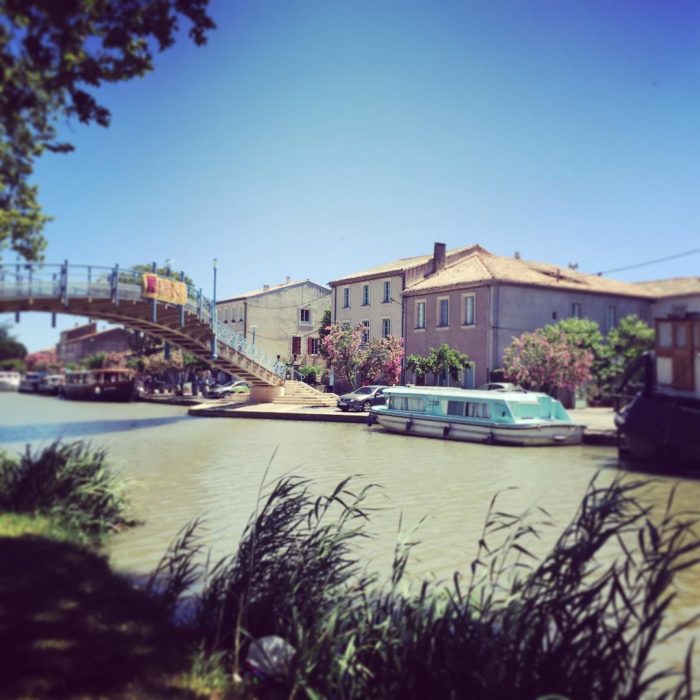 Go with the flow and the Canal du Midi Ideally located, from Homps you can… 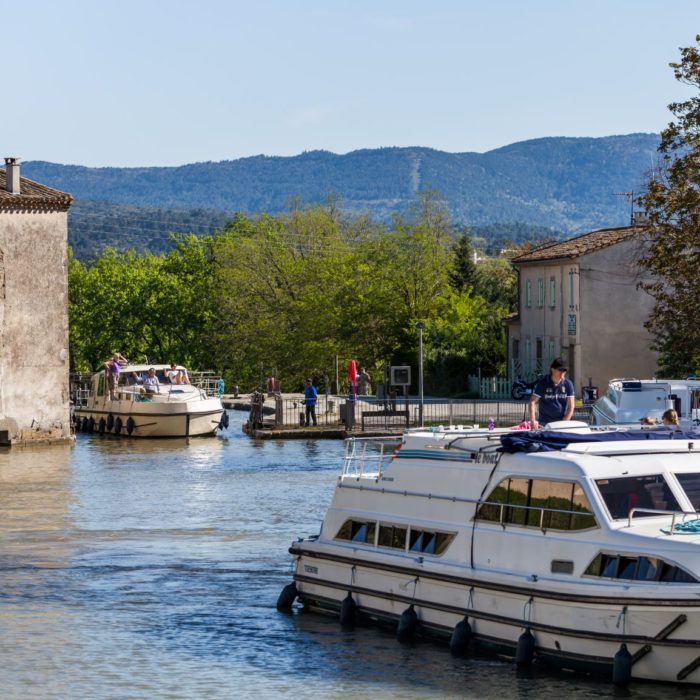 The charm of the canal du Midi Trèbes, 5 minutes to the east of Carcassonne,…