The Bastide Saint-Louis and its secrets

Exploring Carcassonne, it's two towns in one!

There is, of course, the majestic Cité and its ramparts, but there's also 'The Bastide Saint-Louis', designed in 1260, also known as the ville basse or low town, which is the more modern part of Carcassonne and is home to 48,000 residents.

From the medieval Cité, you can admire the view over the Bastide, its tiled roofs and its bell towers, including the tour Saint-Vincent, which is 54 metres high.

Your adventure begins, it's just a ten-minute walk, crossing the river Aude on the Pont-Vieux bridge. After strolling through the square Gambetta, with its floral pathways and the Musée des Beaux-Arts, or fine arts museum, walk along rue de Verdun, towards place Carnot and its fountain. This is the real heart of the town. Go window shopping on rue Courtejaire as far as the Canal du Midi, Carcassonne's other UNESCO world heritage site.

Exploring the streets in the Bastide Saint-Louis, you can admire the mansion houses, dating from the golden age of the drapers, the churches and the museums. Built in 1260 under the orders of Saint-Louis, the town is unique because of its quadrangular layout around a central square, and its rich heritage.

You shouldn't leave without:

From the Cité Médiévale de Carcassonne, cross the Pont-Vieux bridge

This medieval footbridge dates from the 14th century. For a long time, it was the only link between the Bastide Saint-Louis and the Cité.
Nowadays, it is a quick route between the Cité and the ville Basse, with the river Aude beneath your feet.

The banks of the Aude and the île de la Cité

Half way between the ramparts and the Bastide, they are a haven of peace, where you can simply stroll along the water's edge or try something more athletic on the health trail, with views of the Cité! The children's playground and picnic tables complete the setting in this little natural area.

Admire the square, where our Tourist Information Office can be found, with its hundreds of rosebushes in a landscaped park. With underground parking located below, it provides convenient access to the town centre.
It's a paradise for families, with its carousel from the belle époque, water mirror, bronze sculptures, and snack bar. There is also the Musée des Beaux-Arts (Free entry).

Wandering along the streets in the Bastide, look up!

Admire the architectural beauty of the 18th century mansion houses. Go back to the days of the master drapers, who, in carriages, entered these mansions, with their beautiful façades and imposing entrances.
You really must see the Hôtel de Murat and the Hôtel de Rolland (now the Town Hall), both on rue Aimé-Ramond and other mansions along rue de Verdun.

With its colourful brasseries, the red marble paving from Caunes-Minervois and the fountain of Neptune... this is where Carcassonne's heart really beats, especially on Saturday mornings, with the market for flowers, fruits, vegetables and other local produce.
On Tuesdays and Thursdays, you can find some local producers here.

And for a 'taste of Carcassonne', stop off at the Halles Prosper-Montagné

Just a stone's throw from the square, the Halles are open from 7:00am until 1:00pm, Tuesday to Saturday.
Built in 1768, they are still home to the town's covered market, a festival of colours and flavours. Try regional produce, charcuterie, locally farmed meat and fish caught in the Mediterranean.

Head for square André Chénier and the station, through the pedestrianised shopping area, to get to the Canal du Midi port.
Enjoy a guided cruise, with views of the Cité, with one of the two companies: Lou Gabaret or Le Cocagne (from April to October).

Head for rue Albert Tomey. To the south, there is the place à la Cathédrale Saint-Michel, completely restored, as is the square. A Languedoc Gothic style church, dating from the 13th century, it became a cathedral in 1849. It has stained glass windows from the 14th century and, on its façade, a majestic 8-metre wide rose window.

On the north side of the Bastide, raise your eyes to appreciate the église St-Vincent, and its 54-metre high octagonal bell tower, home to 47 bells. It was built in the Languedoc Gothic style.
The highlight: an unrestricted, panoramic view of Carcassonne, the Cité, and the landscapes of the montagne Noire or the Cabardès. There are 232 steps to the top of the tower.
Tarif: €2.50 per adult and free for accompanied under 18s and students.

The Bastide also has various esplanades and green spaces, such as the square Gambetta.
Just a stone's throw from the Canal du Midi, you can relax in the square André Chénier. It's a pleasant spot, with its Jardin des Plantes plant garden, and a play area for young children.
In the heart of the Bastide, have a serene break in the charming and mystical jardin du Calvaire. In this shady park, you can admire statues inspired by ancient times, trees and Mediterranean scents. Created at the beginning of the 19th century, on the site of the Bastion de la Tour Grosse (16th century), it is open all year round and is free of charge.

Plan of the town 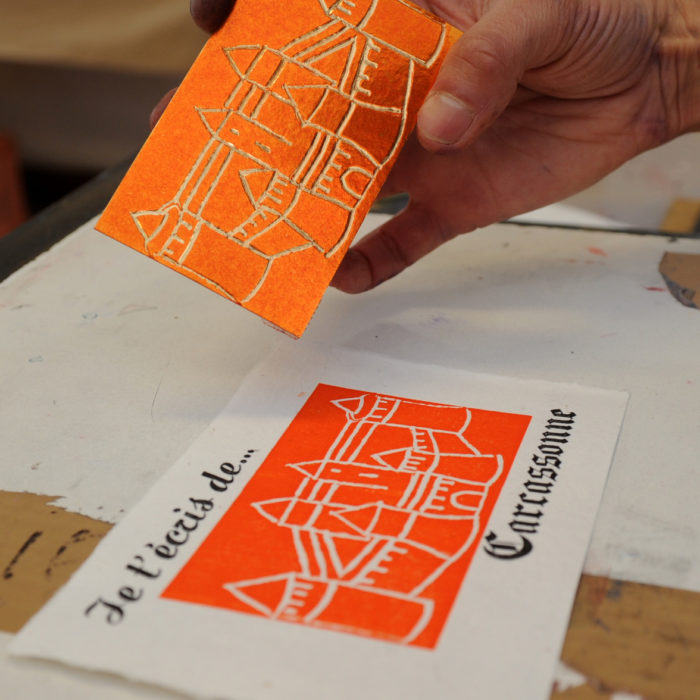 What to do in Carcassonne ?

You wonder what is there to do in Carcassonne ? 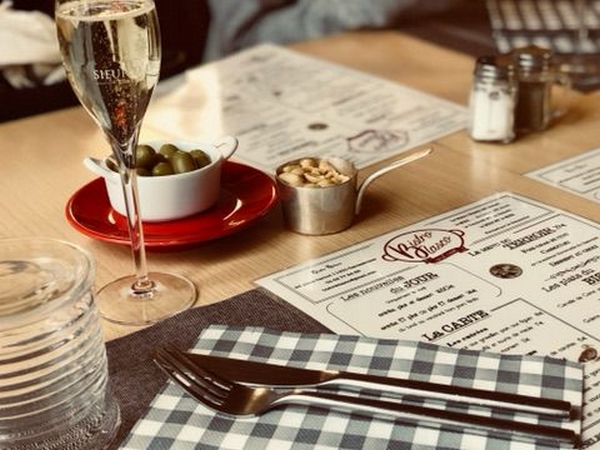 Where to eat in Carcassonne ? 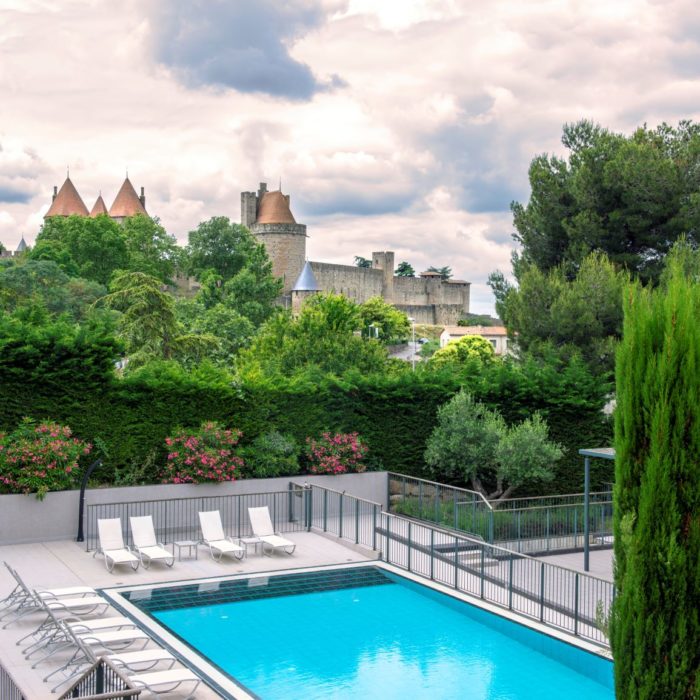 Where to sleep in Carcassonne ?

Car parks in the town centre

More information about parking in Carcassonne

Getting around on the bus

The RTCA urban network. The network runs 11 lines in the town and the surrounding areas.
For more information on timetables, visit the RCTA site.