The Must see and do

The medieval village of Caunes-Minervois and its Romanesque abbey, 25 km from Carcassonne, give you the opportunity for a break full of heritage and charm. On the way to the cité de Minerve (Hérault), visit this abbey which combines contemplation with astonishment.

Stop in Caunes-Minervois, and you can discover one of the most beautiful villages in the region, known for its red marble and built around its abbey.

Park your car on the esplanade before the bridge and you can leave the busy tourist sites behind you. Immerse yourself in the medieval atmosphere in the heart of this southern village where the accent sings and the fountains play the music.

Here, time stands still as you admire the red marble sculptures (artistic evidence from the famous quarries). They are positioned along the Argent Double river, next to a children's playground.

Cross the bridge, for another picture perfect view, in the beautiful square, shaded by huge 200 year old plane trees, recognised as 'Arbre remarquable', or remarkable trees.
It's just a five minute walk through the narrow, medieval streets to reach the abbey. As you stroll, maybe you'll notice a mullioned window or a carved wood lintel...

Visit the abbey for...

The highlight: A VR visit!
Enjoy a new experience and discover a 360° view of the abbey with VR... It's a ten minute travel through time, where you can discover the monument's big stories and small details. Guided commentary, new points of view and unusual or secret places in the abbey make this an exclusive experience. It's original and informative, rich in emotion and discovery!
€5 per person supplement. For your comfort, the experience is limited to six people at the same time We recommend you book in advance.

A short history of the Abbey

The abbey is dedicated to Saints Peter and Paul, and was founded in 780 by the monk Anian. From 982, the presence of relics of the Caunes saints (Armand, Luce, Alexandre et Audalde) was mentioned, and the abbey quickly became a place for processions where people came to make offerings and celebrate the martyrs.
During the Albigensian crusade, the abbey's wealth grew considerably as it confiscated property from heretics.
In around 1610, Abbot Jean d’Alibert brought in Italian sculptors to exploit the marble quarries. He had the logis abbatial, or abbot's dwelling, built, as well as a mansion with remarkable architecture in the centre of the village.
When the abbey joined the congregation of Saint-Maur in 1659, strict observation of monastery rules, which had been lax, was once more a requirement. The restoration of the abbey was begun, new monastery buildings were created and the abbey floor was raised by half a floor.

How to get there

After a visit to the abbey... 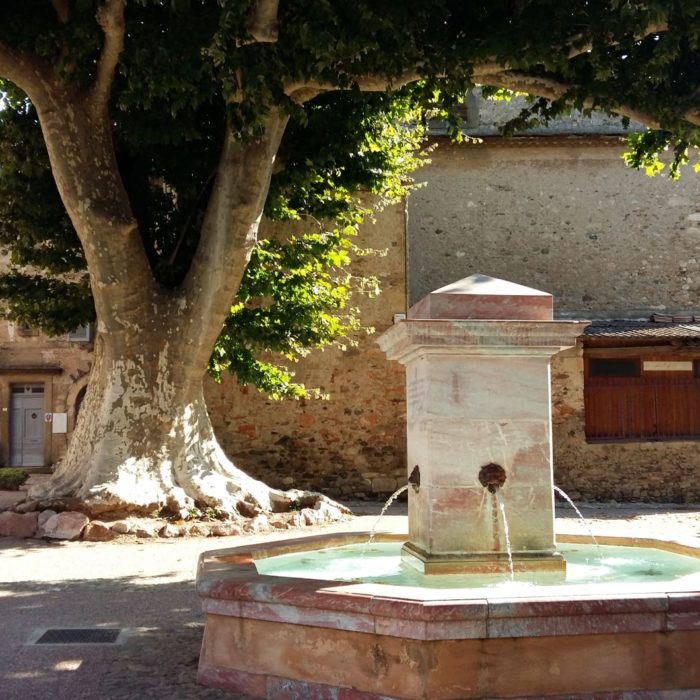 Famed for its red marble, used in the château de Versailles, the Louvre and the… 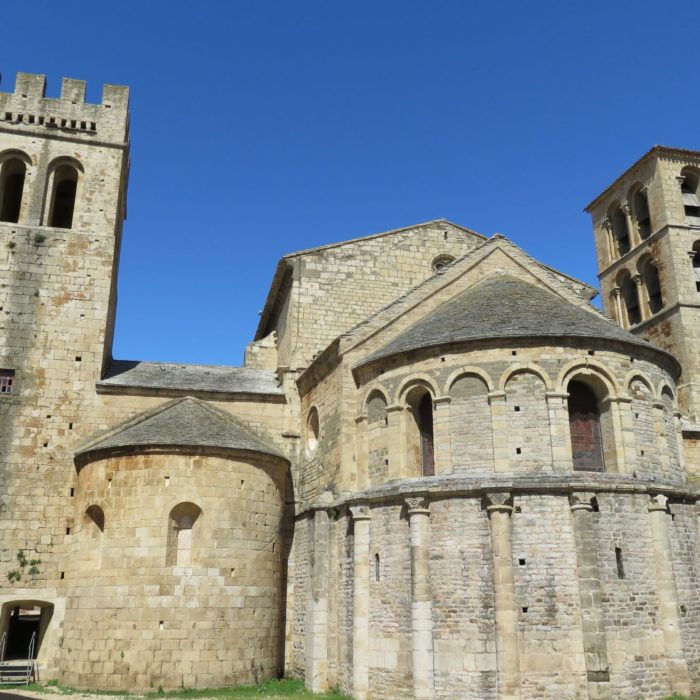 Red marble and Romanesque art The medieval village of Caunes-Minervois and its Romanesque abbey, 25… 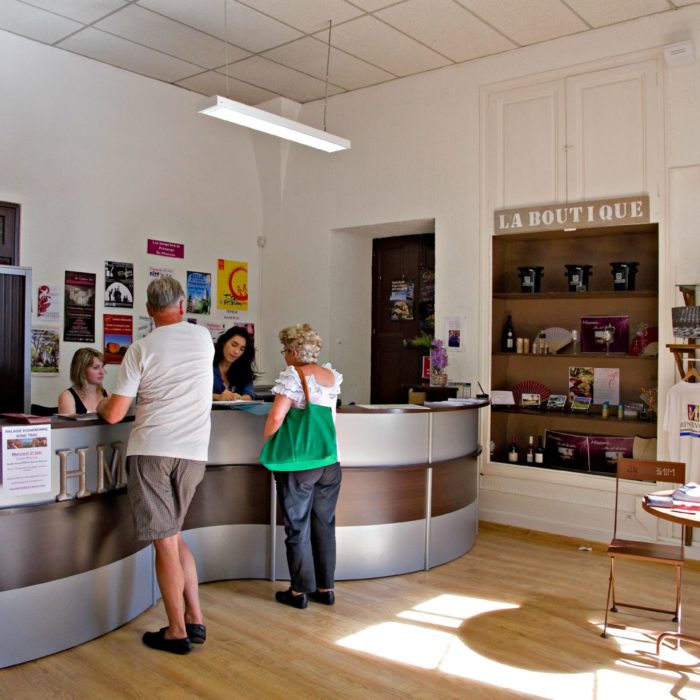 Located in the pretty village of Caunes-Minervois, in the abbey buildings Equipment and Services Internet…