A unique sensation on Cabrespines skywalk

Welcome The destination Inspirations A unique sensation on Cabrespines skywalk

We tried the glass footbridge

After a 30 minute drive from Carcassonne, we left the vines for the freshness of the forests and peaks in the Montagne Noire where the gouffre géant, or giant chasm, welcomed us for a dizzying adventure in one of the 10 most beautiful caves in Europe!

We'd only just entered, but already there was a sensation of immensity all around us: a volume of 1,600,000 m3 underground, 80 metres wide and 220 metres, it is spectacular!

You get the feeling you're in another world … a constant 14°c temperature, the gentle, non-stop sound of running water and lighting which helps create a magnificent spectacle throughout your visit!

What can be more impressive than finding yourself high up in the centre of this gigantic space with over 200 metres of nothingness beneath your feet from where you can see the bottom of the chasm!

This is a unique sensation of being able to walk above nothing, along this glass footbridge which is over 15 metres long.
You take one step at a time, but you don't know where to look, down into the void, to the left or to the right, where there is the light show on the cave's concretions.

Thrills guaranteed! Particularly when the bridge trembles slightly, but, 'no worries', it's totally secure!

This is a world first in a cave that is open to the public. On the same lines as the Skywalk in the Grand Canyon in the United States, the glass footbridge in the Gouffre de Cabrespine is an audacious structure which brings a whole new dimension to the majestic site, known as the largest underground room, open to the public, in Europe. Grottes en France 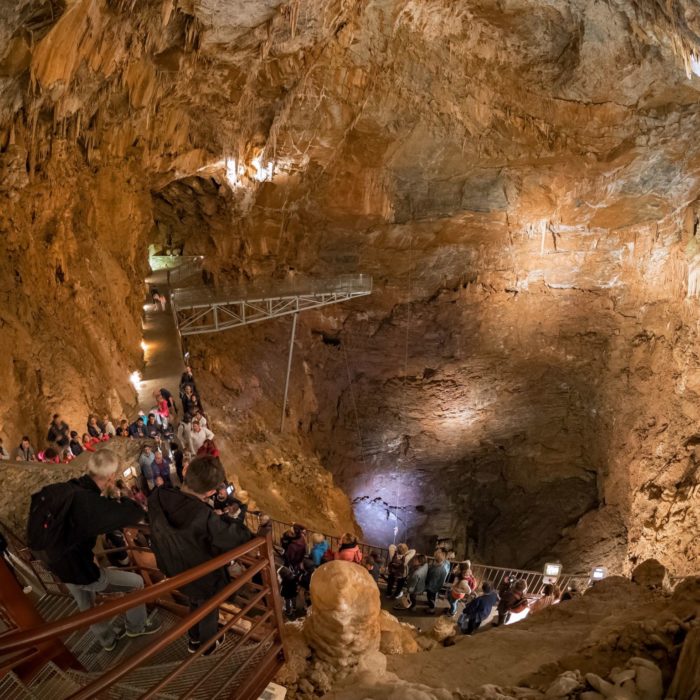 The Gouffre géant, or giant chasm, is located 25 km from Carcassonne, and dominates the… 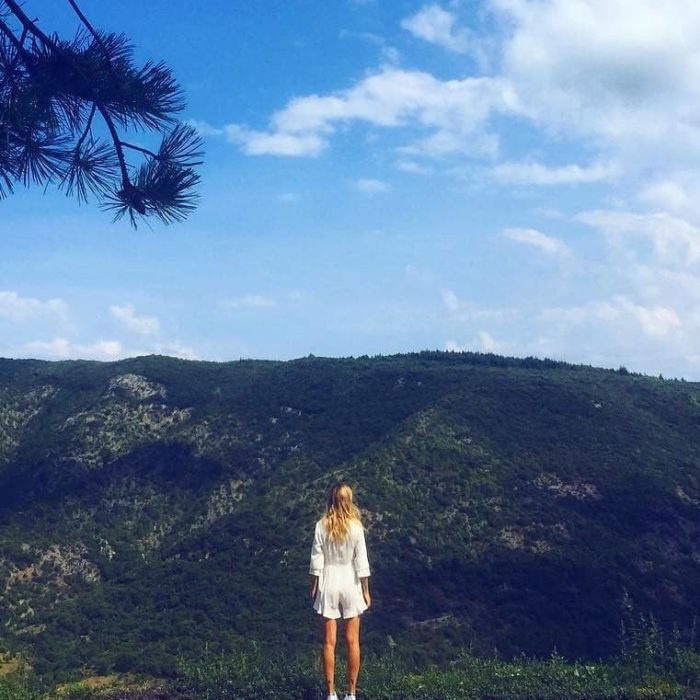 Carcassonne for a weekend

Our ideas for visits and walks when you escape to Carcassonne for a weekend, for… 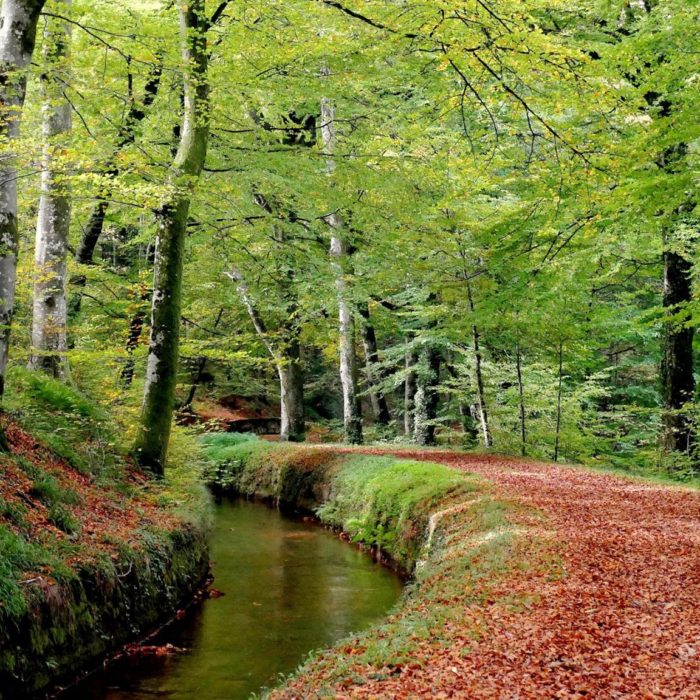 Heading for the Montagne Noire, Lastours…Saissac

The compass is pointing north, the road is climbing, you're heading for the Montagne Noire…